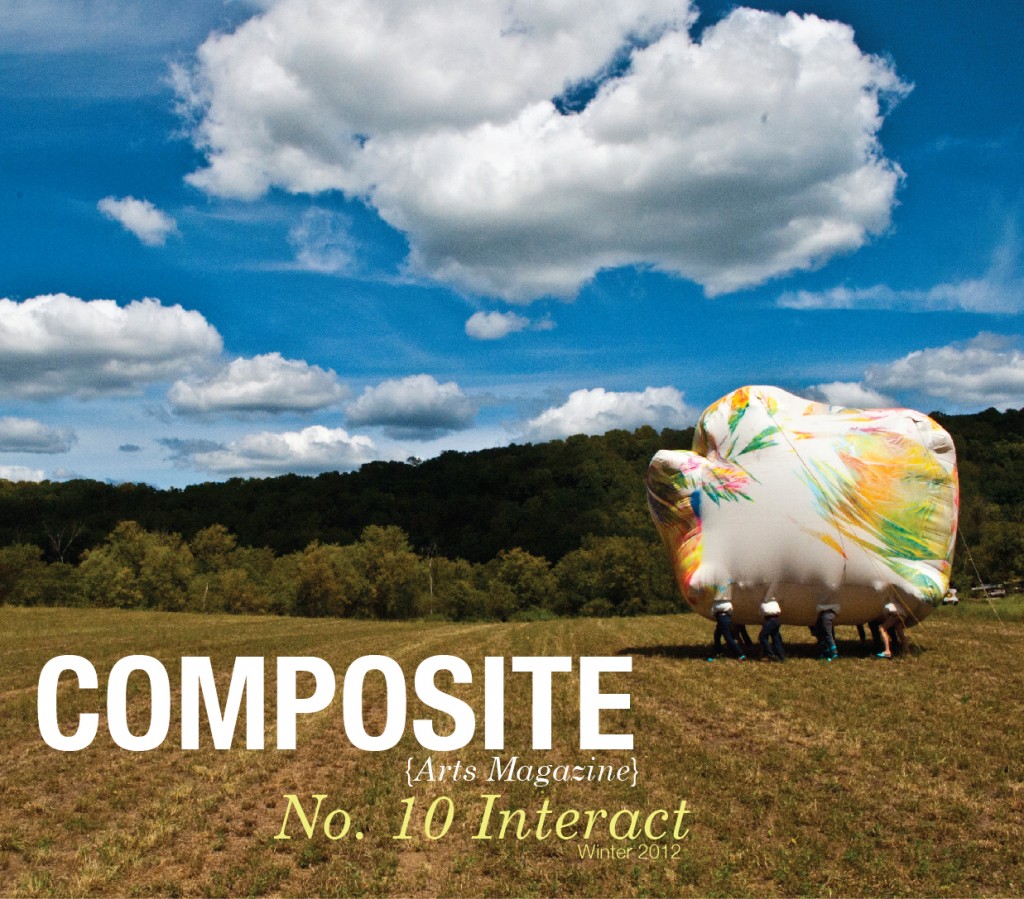 In the second half of the 20th century, visual artists became interested in doing more than making objects and pictures. Here, writers have been ahead of the curve as plays have been performed for roughly 2,500 years. And where the Bauhaus, fluxus, and happenings brought performance into the fine art vernacular, the rise of new media required artists to continue playing catch-up, working with photo, video, and sound to create new ways of capturing, creating, and experiencing art.  But still, art remained largely about the individual artist’s opinions, emotions and experiences.

This all began to change in the 70’s and 80’s.   For as little concrete cohesion Postmodernism was able to give us in both the literary and visual arts, it did largely set in motion the idea that art’s content could be user guided and experienced.  The “death of the artist” supports the viability of audience-influenced and generated art.  We became active participants rather than just viewers.

Today, we see Creatives working in collaborative collectives outside of any one defined medium.  Social Practice has become more about a shared experience than personal expression.  The role of critic and clearing-house has given way to more accessible forms of distribution and curatorial practice through self-publishing, blogs, and podcasts.  We’ve become more interested in mining for information and sharing it openly, hoping to complete the one-way conversation present in galleries and museums.  We’re looking for interaction.

In lieu of death, we’ve become more humble—maybe.  We recognize we don’t hold all of the answers, and that opinions and perspectives outside of our own are vital to our understanding of the world.   By getting out of the way, we hope to spark a dialogue that others can engage with; and in doing so, we guarantee that entering into the 21st century the Creative will remain alive and well.

Tiny Circus was established in 2008 as a collaborative and community-based art project. The Circus uses the medium of stop-motion animation to create and tell stories. Five Circus members in Jackson, Wyoming, New York City, New Orleans, and Grinnell, Iowa collaborated on the piece for this magazine. Learn more about Tiny Circus at tinycircus.org.

Timothy Burkhart attended the University of Illinois at Chicago, and received his BFA in photography. He started shooting photos in high school, initially photographing his friends riding BMX bikes and soon after discovered the fine arts aspect of the photographic world. He currently lives and works in Chicago, and loves to travel when the opportunity arises. He is interested in space and scape and also the relationships people have with the spaces they inhabit. His work can be found at timothyburkhart.com.

Stephanie Bassos graduated from Columbia College in Chicago with a major in magazine journalism. She fell in love with photography her senior year in college, and has been shooting non-stop ever since. She specializes in portraits and has recently been doing more weddings, bands and album covers. She lives in Chicago. Her work can be seen at stephaniebassos.com.

Emily Tareila is an artist and facilitator living and working in the San Francisco Bay Area. She received her BA from Bennington College and is originally from Frenchtown, New Jersey. This winter, she will also be featured in the Greenhorns Almanac. You can also find more of her work at emilytareila.com.

Bill & Mary Buchen design interactive installations for museums, galleries, and public sites through the United States. Large-scale public works include: sound parks and science playgrounds, and designs for urban and natural environments. Their pursuits center on the study of environmental phenomena examined through its application to science, architecture, ecology and world cultures. Their work can be found at sonicarchitecture.com.

Maria Hofman (the BLC) is enrolled as an MFA student at Spalding University. Her undergraduate degree is a B.A. in English Creative Writing from the University of Central FL. Maria Hofman is an English and writing tutor for Palm Beach State College. Maria also works as a student editor for the Louisville Review and has previously interned for the Florida Review. Maria’s poetry has previously appeared in the undergraduate literary journal, The Cypress Dome.

Romy Scheroder is a Trinidadian born artist received her BFA in Ceramics from Florida Atlantic University and her MFA in Sculpture from the University of the Arts in Philadelphia.  Her interest is in abstracting the original structure of the chair and reassembling its parts, the out come is a sculptural form left with a posture revealing its venerability and emotional chaos.  She lives and works in New York City. Her work can be found at www.romyscheroder.com.

Autotelic is organized and operated by Evan Carrison and Andi Crist of Chicago, Illinois. Crist and Carrison are both independent artists that practice in mediums ranging from woodworking to digitally rendered pencil drawings. Crist received her BFA in Fine Art from Columbia College Chicago in 2011 and has exhibited in group and individual shows in the Midwest since 2009. Her work can be found at www.acrist.com. Carrison is currently working towards Bachelor’s degrees in Studio Arts and Applied Mathematics at Northeastern Illinois University. Information about Autotelic’s events and projects can be found at www.Autotelic-Art.com.

Karen Lillis is the author of four books of fiction, most recently Watch the Doors as They Close (Spuyten Duyvil Novella Series, 2012). She is a small press blogger, an indie bookstore advocate, and a freelance writer. She is currently at work on her first book of non-fiction, Bagging the Beats at Midnight: Confessions of a New York Bookstore Clerk.

Happy Colaborationists is the curatorial collective of Anna Trier and Meredith Weber. “Happy C” provides exhibition opportunities for performance, installation and media works – including but not limited to solo exhibitions, public programming and private event planning. Together Anna and Meredith also collaborate on their own performance art practice under the name Meredith and Anna. Find out more at happycollaborationists.com.

PaperJAM is a collaboration between artists Rebecca Kinsey (Australia) and Hannah Lamar Simmons (USA). Rebecca and Hannah met while fulfilling a residency at the Art Students League of New York in 2010, where they instantly became immersed in dialogue over their shared interest in storytelling, movement and process. The pair come together from across the globe as paperJAM to continue the dialogue, exploring these ideas further, and to play with blurring some of the boundaries between art/everyday objects/artists/community/gallery/life through multimedia art installation. Through recent projects, Rebecca and Hannah have found a mutual curiosity with taking art out into the community, giving the audience/passers-by a chance to participate or engage with, even change their work. They arecurrently closing the gap between cross-continental distances within their studio practice by making art together online and via the post. Their work can be found at http://paperjamart.com.