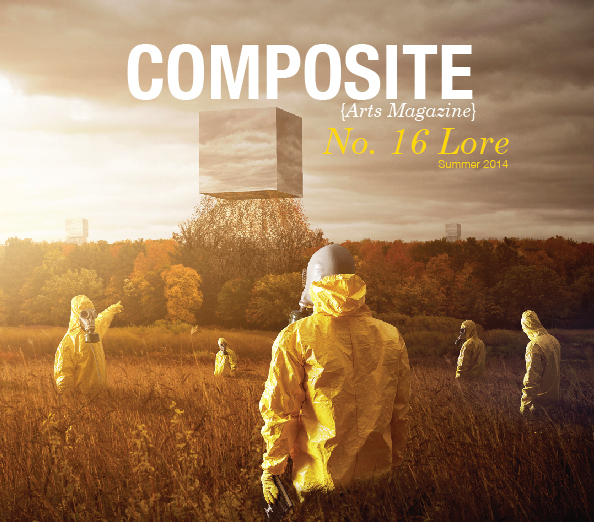 They go by many names. Tall-tales. Folklore. Myths. Legends. They’re so ingrained in our lives that sometimes it’s impossible to tell their origin. Tales from The Brothers Grimm have been reimagined by Walt Disney, stripped of their brutal and sometimes horrific details. John Gardner took the epic poem Beowulf and retold it through the eyes of the beast, Grendel. Even the classic archetypes of the Greek gods have been reinvented in Sony’s video game franchise, God of War. History has the power to become legend, and legend can easily be mistaken for history.

But what is it about the myth that makes it so enchanting? Tolkien supposedly tailored Middle Earth as a direct response to Britain’s lack of a classical mythology. Present day, hundreds of people seek out Big Foot and The Loch Ness Monster every year. Atlantis is still an enigma, despite countless expeditions to discover its sunken location. Davy Crockett and James Bowie were real people, but have since been immortalized in coon-skin hats and big, brandished blades through the telling and retelling of the last stand at the Alamo. It begs the question: How do the stories of our past inform modern mythmaking? And how will work created in our contemporary landscape come to shape the future?

Perhaps we find solace in the myth because we want to believe we’re part of something bigger: well-kept secrets and family histories passed down through the generations, hidden in the bardic tale. Historically, the myth offered an explanation to that which, otherwise, might have gone unexplained; it offered answers to our most existential questions. Today, ancient and modern-day lore shapes our understanding of ourselves, and our past, in new and imaginative ways.

was born in 1983 and grew up in Berkeley, California. He received his Bachelor of Arts Degree with an emphasis in ceramics from Humboldt State University in 2007. He received his Master of Fine Arts Degree from San Jose State University in the spring of 2013. He shows and sells his work locally nationally and internationally, and has taught at various institutions including Santa Clara University. Find his work at wesleytwright.com.

based in Brooklyn, NY, was an artist in residence at Skowhegan, RBPW, Santa Fe Art Institute, Open Sessions at the Drawing Center, Fine Arts Work Center, LMCC Workspace and at the Whitney ISP. She received grants from Joan Mitchell Foundation, Harvestworks, Jerome Foundation, and a fellowship from NYFA. She studied at Cornish College of the Arts in Seattle, Princeton University in New Jersey, and received her MFA from Mason Gross School of the Arts at Rutgers University. Find her work at heather-hart.com.

has published poetry in such journals as Poetry, Nimrod, Prairie Schooner, Poetry East, The Saint Ann’s Review, and others. Nominated for a Pushcart Prize, she’s published two chapbooks, most recently “Happy Darkness.” She’s also published short fiction, essays and stories and poems for children. She lives in Seattle.

is an artist originally from Phoenix, AZ. He moved to Chicago to pursue a change in scenery and obtain a Bachelors of Art & Design at Columbia College. Perez is known for using bright colors, intense lettering and characters that grab the attention of viewer. A believer in the quote “Art cannot deny the environment that it is in,” Perez allows his surroundings of living in Chicago to influence his latest works. Find his work at www.birdcitysaints.com.

is the founder of Story Club, a monthly storytelling show in Chicago, Boston, and Minneapolis. She is the editor-in-chief of Story Club Magazine and she teaches at StoryStudio Chicago. She has been published in McSweeney’s Internet Tendency, The Rumpus, the Tampa Review, and her stories have been featured on Chicago Public Radio. You may see her upcoming performance schedule at dananorris.net.

is an artist working and living in Oakland, California. Working primarily in pen and ink, his current work draws from symbolic imagery of the American West set in rigid geometric patterns. Find his work at patrickdunawayart.com.

eight-time Pushcart nominee and author of Chansons of a Chinaman (2009) and Landscaping (2013), grew up in rural China and currently tutors in Vancouver, where he co-edits Poetry Pacific with Allen Qing Yuan. With a PhD in English, Yuan has poetry appearing in more than 800 literary publications across 28 countries, including Asia Literary Review, Best Canadian Poetry, BestNewPoemsOnline, London Magazine and Threepenny Review.

grew up in the suburbs of Chicago and quickly migrated his way to the city where he now lives. Working as a Photo-illustrator, he tries to create a new image every day to satisfy his creative need. As a recent Columbia College Chicago graduate, he is still eager to learn more about his profession everyday. Find his work at www.jacobwatts.net.

is a PhD student in English and Creative Writing at the University of Georgia. She teaches, writes, and lives in Athens. D.A. Powell recently selected her first manuscript, Trails/’s End, as a finalist for the Georgetown Review Poetry Prize. Some of her work has appeared in inter|rupture, Marco Polo Arts Mag, Sixth Finch, Blaze VOX, Real Poetik, and elsewhere.

is a painter and tattooer currently living on Maui. He draws inspiration for his illustrations from nature and occult mysticism. Current projects include creating a deck of tarot cards and writing a historical fiction novel exploring witchcraft in the Caribbean in the seventeenth century. Rick is available for commission and consultation by email: bigbrickrick@gmail.com, his website, rickandvinegar.com, or Instagram, @rickandvinegar

resides in a small mountain town in Colorado where she fuels her creativity with a variety of artistic endeavors including music and ballet, travel, and outdoor adventures. An MFA candidate in Fiction at Spalding University, she is currently working on a collection of short stories and a novel.

(b. 1979) lives in Oakland, CA. His work currently looks into his cultural past as a means to better understand the present and future. He was born and raised in L.A. before heading north to attend the U.C. at Davis and subsequently achieved a MFA from Mills College. When not slaving away in his West Oakland studio you might find him topping off a mural on the streets. To find out more about the artist just type “Dave Young Kim” in any search box.

is a Toronto-based poet and literary translator; her first chapbook, “Our Lady of the Snow Angels,” was published in 2012 by Lyricalmyrical Press, and her work has appeared in various print and online magazines.

(California,1978) currently combines his artistic practice with his work as a visiting artist in the Thyssen Bornemiza museum in Madrid. Maxon received his MFA at The School of the Art Institute of Chicago, where he received the merit fellowship for the Painting and Drawing department. He has exhibited his work in Madrid, Chicago and California. His paintings have recently been included in the national publication, “New American Paintings.” Find his work at maxonhigbee.com.