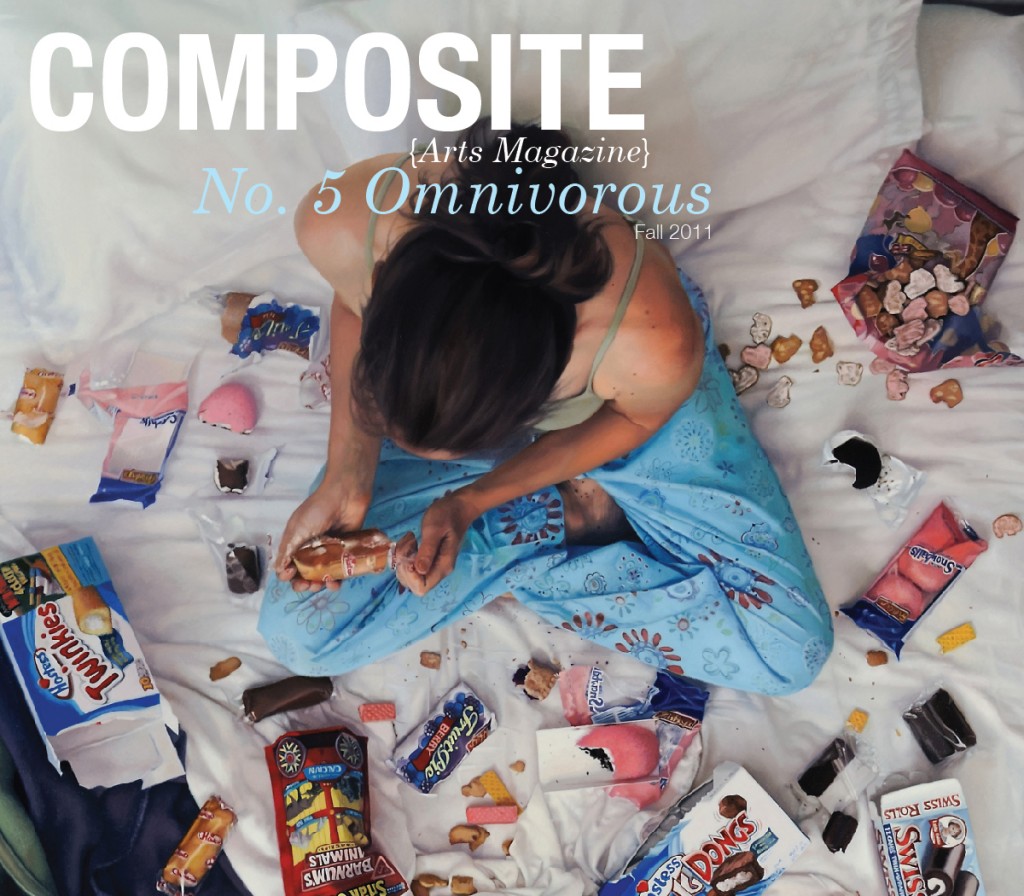 Three culinary students sit down on the bus after a long day of classes. While two fidget with their cell phones, the third takes something out of his bag, wrapped tightly in white paper. He begins to unwrap it with the delicacy of a 120-year-old antique, eventually unveiling a small yellow pastry. He breaks it in three pieces to share with the others. The student responsible for the savory pie begins to explain how this specific one did not contain caramelized onions due to a classmate’s allergy.

The three begin to discuss all the possibilities of this seemingly new pastry; all the re-imagining they could do with the Jamaican beef patty, a ubiquitous post-bar greasy snack prevalent in Caribbean and Latin neighborhoods.  The entire food truck craze that is currently sweeping the nation is built on the same premise: how do we take traditional food, do something new with it, and change how people think of it?

This set of questions can be applied directly to the process of an artist. How do we make a painting or write a poem that’s relevant? How do we change the way people interact with art?

Coincidentally, food has influenced how artists answer these questions, moving worlds beyond Cezanne’s still lifes of brilliant apples and oranges. Due in no small part to the increased attention we all pay to the things we are consuming, food has become not only the subject of the art, but the process and vehicle by which we ask people to consider art. From Rikrit’s dinner parties, to cooking reality television, to intentional urban farming, food has helped Creatives reframe the entire discussion of how we look at art, consumption, and relationships.

Lauryn Allison Lewis writes fiction, essays, interviews, book and bakery reviews.  Her work has appeared in numerous literary journals, on the web, and in print.  She regularly hosts all-night dance parties in her kitchen and has crafted a haute chapbook of her story collection, The Beauties. Lauryn Allison is a regular contributor at Literary Chicago, the managing editor of Curbside Splendor Press, and an assistant editor at Barrelhouse Magazine.  For more info visit: laurynallisonlewis.com.

Tony Battaglia is a writer and a graduate of Kent State University in Kent, Ohio, where he studied English Literature and Creative Writing. He currently resides in Kent and is at work on a people’s history of the town to record the memories and stories of its oldest residents and families. In his spare time he attempts single-handedly to combat the murine hordes of hipsters which inevitably plague a college town, and does a job of work which involves encoding digital copies of land title… never mind. It’s boring.

Shellie Brickley is a 26 year old graduate of Kendall College in Chicago, IL with a bachelor’s degree in Culinary Arts and an undying passion for all things food. She has cooked for events including Lollapolooza and The Green Tie Ball in Chicago.  Besides cooking, she enjoys playing rugby, spending time outside with her dog, and exploring Austin, TX, where she just moved.

Carolyn Kimball is a Kentucky girl, a printmaker, painter, knitter, gardener and kitchen mess-maker who currently lives in Austin, Texas. Carolyn graduated with a BFA from the Maryland Institute College of Art in 2003 and a MA in printmaking from the University of Louisville in 2008. She currently runs her Etsy shop, Kimball Prints, a community supported art-by-mail printmaking subscription, and helps manage the studio of the Women Printmaker’s of Austin. Her work can be found at carolynkimball.com.

Matthew McWilliams lives and works in Chicago. His upcoming Solo Show at Roxaboxen Exhibitions opens February 2011. You can reach him at matthewjmcwilliams@gmail.com.

Kenneth Pobo has two chapbooks forthcoming by the end of 2011: Deadly Chaps is bringing out a collection of his micro-fiction called Tiny Torn Maps and Green Fuse Press is bringing out his chapbook of poems called Contralto Crows.

Jonathan Power is a Denver, CO based chef, husband, and father. You can currently find him showcasing his newest menus at www.cremacoffeehouse.net.

Lee Price received her BFA in painting from Philadelphia’s Moore College of Art.  After spending 11 years in Los Angeles, she returned to New York to study at The Art Student’s League and the New York Academy of Art. Price’s paintings have been the subject of numerous solo and group shows across the United States.  She is represented by Evoke Contemporary in Santa Fe, New Mexico.  Lee currently lives and works in Beacon, New York. Her work can be found at www.leepricestudio.com.

Christopher Tourre is an artist, educator, self-proclaimed “social aggregator”, and of course, beer lover and brewer.   Born and raised in the countryside of Western Pennsylvania, Tourre earned a BFA in Sculpture from the Pennsylvania State University in 2005 and an MFA in Studio Arts from the University of Illinois at Chicago in 2009.  Tourre’s art projects have engaged communities from raising chickens in the Chicago neighborhood of Pilsen to building furniture with torn down houses at the Museum of Contemporary Art (Chicago). More infoe can be found at www.christophertourre.com and www.arcadebrewery.com.

Erin Washington, born in 1983, recently attained her MFA from the School of the Art Institute of Chicago. Currently, she lives, teaches, and works in Chicago. See more work and news about upcoming shows at www.erinwashington.com.