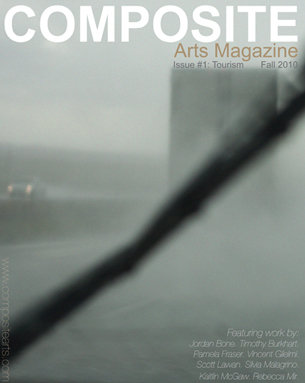 Invariably interested in the places we aren’t, transience has become today’s norm. It is rare now to find someone that is content to simply live and die in the same town. Whatever the reason people find to get on a plane, a boat, or in a car, we are a people of tourism. There are global icons, famous places and objects, that are widely known and can be easily called to mind. Such destinations have an aura about them, if for no other reason than people are going there, seeing it, and talking about it. Countless magazines, books, and TV shows are dedicated to documenting the world for the people at home to see. Those who are lucky enough have the opportunity to go out and see those places in person. The entire economy of some countries relies solely on the income of tourism, and here in the United States, many people depend on the roughly $100 billion that the industry brings in annually.

All of this traveling results, hopefully, in a population that is more educated and aware of the world around them. More often however, big city folk will argue that it just clogs their streets with people who can’t walk in a logical manner. A seasoned New Yorker will avoid Times Square at all cost, one of the largest tourist attractions in the most heavily visited American city. The real irony here is that they had to go to Times Square to know they don’t want to be there. And they have. And they definitely stopped to look.

Jordan Bone is a life long martial artist, and short time writer, teacher, and Japanese language student.  His fiction is often based on compilations of events heard in passing or observed directly, and is influenced heavily by the Romantics, Realists, and popular fantasy writers of dark renown. Jordan can be contacted regarding his writing at bone.jordan@gmail.com.

Timothy Burkhart is a photographer hailing from the south suburbs of Chicago, IL.  He received his BFA in photography from The University of Illinois at Chicago in 2010.   His photographic interests are formed from the nostalgia and paranoia experienced with the maturation of oneself and nearby surroundings. More of his work can be found at timothyburkhart.com.

Pamela Fraser is best known for paintings that feature sparse use of bright colors in otherwise empty black or white foregrounds. She is currently an Assistant Professor of Art at The University of Illinois, Chicago. Ms. Fraser received her BFA in Painting from the School of Visual Arts in New York, and her MFA in New Genres from UCLA. Ms Fraser and her husband own and operate a gallery, He Said, She Said in Chicago. More of her work can be found at  www.pamelafraserstudio.com.

Vincent Glielmi is an Alumni of the University of Illinois at Chicago. He is a traveler and an observer. He is a book reader and a book seller. He is the son of David and Mary. He currently lives in Carol Stream, Illinois. More of his work can be found at vincentglielmi.com.

Scott Lawan is a Denver Colorado based photographer exploring the ideas of self-imposed emotional enclosures through various perceptions of time and space and how they affect ones life. More information can be found at www.scottlawan.com.

Silvia Malagrino is a Chicago based artist, native of Buenos Aires, Argentina. She is Professor at The School of Art and Design of the University of Illinois at Chicago. She was recently awarded a fellowship from the John Simon Guggenheim Foundation and a felloship from the Ellen Stone Belic Institute for the Study of Women & Gender in the Arts & Media, Columbia College Chicago. More of her work can be found at www.libremedia.com.

Kaitlin McGaw is a singer-songwriter based in San Francisco. She has released two albums in different genres, The Simple Things and Alphabet Rockers. She graduated from Harvard in 2000 in African-American Studies. More information can be found at www.kaitlinmcgaw.com.

Rebecca Mir is a Chicagoan by way of Alaska and Maine. When she was too little to walk, she was pulled around on a sled by a german sheperd called Namer. She is an artist, writer, and explorer. More of her work can be found on her website www.rebeccamir.com.