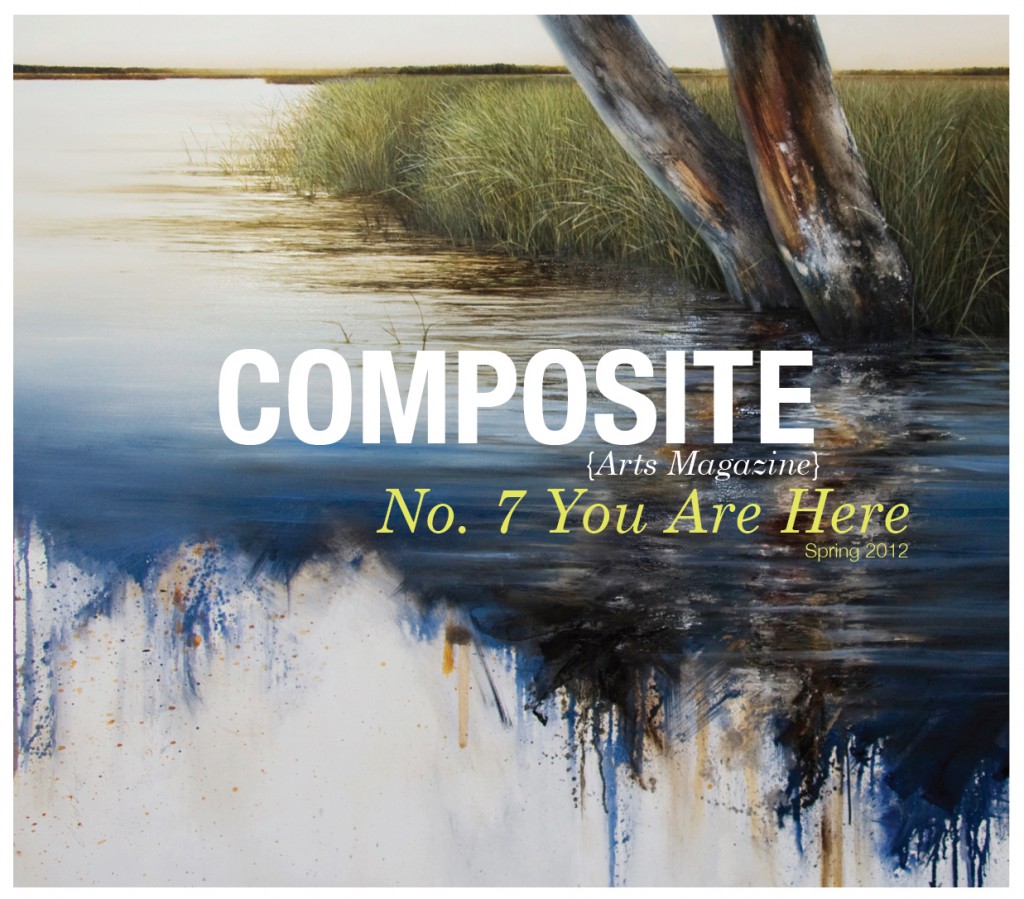 Location is integral to the art one makes. A painter in San Francisco is almost certainly making work different than one in based in New York.  A stack of maps in an artist’s studio is not only a record of where they’ve been, but also a resource of visual language and design capable of returning them immediately to where they’ve just been, both literally and emotionally, like a waking dream just barely remembered but never forgotten.

New locations and cultures have the power to make us question our morals, identity, and way of life.  They shatter the bubbles and prejudices that come with a life of seclusion; but most importantly—no matter differences in faith, worship, language or way of life—traversing the map of the world gives us insight into the human condition and gives us a taste of the mysterious, the unknown, and the excitement of discovering something new.

Your location can give you landscape, community, or an artistic culture to refer to. Most importantly, where you are, and where you’ve been, gives your work it’s very content, context, and meaning.

Ellis Calvin is a graphic designer and urbanist living in Chicago. He has a degree in geography from University of Chicago and a great love of maps. You can find out more at elliscalvin.com.

Regin Igloria maintains a studio practice which revolves around teaching and serving as an arts administrator. He teaches studio courses at Marwen, a nonprofit youth arts organization, and has taught nationwide at various academies. He has exhibited his work internationally, most recently the ANTI Contemporary Art Festival in Finland. He received his MFA in Painting from Rhode Island School of Design and is represented by Zg Gallery in Chicago, IL. See more at reginigloria.com.

Kathryn Rodrigues was born in Ft. Benning, Georgia. She received a Bachelor of Fine Arts in Photography from the University of Illinois and a Master of Science in Art Education from the Massachusetts College of Art. She is currently based in Chicago and a teaching artist at a nonprofit youth arts organization called Marwen in Chicago. You can see more of her work at kathrynrodrigues.com.

Jenny Sidhu Mullins received her MFA at the Maryland Institute College of Art in 2009.  Her work is included in the American Embassy in Mumbai’s permanent collection and is featured in several national publications including the 2009 edition of New American Painting.  Mullins’ work was most recently featured at SCOPE Miami 2011. See more of her work at jennymullins.com.

Matt Galletta lives in upstate NY with his wife, daughter, and cats. His work has appeared in PigeonBike, Tree Killer Ink, and elsewhere. Contact him at mattgalletta.com.

Samantha Schubert is currently a photography major at the Maryland Institute College of Art. See more of her work at samschubert.com.

Deb Sokolow lives in Chicago. She is currently researching a number of disconcerting topics for upcoming exhibitions at The Drawing Center in New York City and The Wadsworth Atheneum Museum of Art in Hartford. Sokolow has been a contributor to Creative Time’s Comics and to Swedish art magazine, Paletten. She received her MFA from the School of the Art Institute of Chicago in 2004. See more of her work at debsokolow.com.

Zarina Zabrisky started to write at six. She wrote and burned short stories traveling around the world as a street artist, fur coat model, translator, kickboxing instructor, and a hot dogs brand ambassador. Her work appeared in a number of literary magazines and anthologies worldwide, including Full of Crow Quarterly Fiction, The Blinking Anthology (UK), The Applicant (Nepal), Escape into Life Literary Magazine, Red Fez and Wicked East Press anthology. When not busy writing, Zarina likes to set the world on fire. Read more at zarinazabrisky.com.

Serhii Chrucky produces non-fiction photographs. He received his BFA in photography from the University of Illinois at Chicago in 2010 and is currently working on an MFA at Washington University in St. Louis. See more at serhiichrucky.com.

Charles Williams is from Georgetown, South Carolina and is a graduate of Savannah College of Art and Design in Savannah, Georgia. With his Bachelor’s Degree in Fine Art, Awards include 2009 Hudson River landscape Fellowship and 2011 28th Annual Art Competition for the Artist’s Magazine along with Honorable Mention from Southwest Art Magazine 21 Emerging Under 31. Williams’ contemporary landscapes have exhibited in galleries in the southeast and now are represented by Robert Lange Studios. See more at cewpaintings.com.